As usual, our team has been busy devouring all kinds of good reads to inform our work, stretch our minds and feed our inner CDFI geeks. Here are a few books that have captured our imaginations and hopefully, will capture yours as well. They aren’t necessarily the views of Cinnaire – just some fodder we use as individuals to challenge our thinking and spark spirited discussion.

This book is a manual on how to design plans that allow you to execute on ambitious goals. It has been the operating plan and management style adopted by businesses that have experienced rapid, sustained, and successful growth (Google, Intel, YouTube, Adobe). It has transformed how I think about goal setting. For me, goal setting has moved from an administrative requirement to a powerful tool that can unlock potential and untapped growth. I consider it a must read for anyone looking to dream big and achieve large goals. 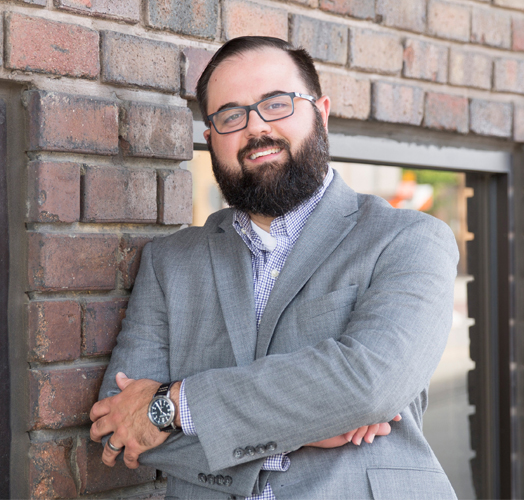 Building Equitable Cities provides strategies for creating equitable communities and pathways to economic growth through people-based (e.g. real estate investment) and placed-based (e.g. workforce development) models. The strategies presented in this book are a fundamental approach to comprehensive community development and demonstrate the necessary alignment between municipalities and key stakeholders to create resource rich and equitable communities. This book provides best practices and case studies that create insights to how cities have successfully operationalized these concepts, successes and lessons learned.

This is a necessary read for anyone working to address root cause issues in the housing and community development industry. The Color of Law takes a hard look at discriminatory housing policies and practices that intentionally segregated communities. Many of these policies, although put in place a century ago, have had a lasting impact on communities today. When we have conversations around generational poverty, the wealth gap, slums, and disparate impact, they stem from the lasting effects of these policies. This book provides raw insight as to how policy played a role in shaping the communities that many of us work in today. According to social scientist Charles Murray, America should not be merely focused on race and poverty issues, but must seek to address the growing class reality, which threatens to further divide our country. Murray spends much of his book stating the case for the existence of the two primary classes, an upper class and a new lower class. His argument is centered on a notion of sorting that began in the 1960s and 1970s, when he argues that cognitive ability became the essential predictor of professional and financial success, and people overwhelmingly began marrying others in the same cognitive stratum and living in areas surround largely by others in that same stratum, leading to not only an exacerbation of existing economic divides, but an unprecedented sociocultural divide that had not existed before in America.

Coming Apart has been criticized for attributing this social breakdown to moral causes rather than placing the plight of the white working class in the context of the economic changes of the last 30 years. Still, the picture Murray paints of a demoralized white working class living in the ruins of once-healthy social institutions is compelling and alarming. From my read, Murray’s diagnosis should not obscure the need to address the conditions he describes. Whether the root causes are economic, cultural, or a mix of the two, the erosion of social capital among working-class nonimmigrant whites is a problem that cannot be ignored. I am rereading Letters to a Young Poet. This book was a gift to me two decades ago from a business consultant who was working with our team at WHEDA. There were a couple sections he referenced to me that didn’t resonate at the time, but they do now. In the book, a young poet is seeking validation and advice from a seasoned Austrian-Bohemian poet, who responded that satisfaction needed to come from within, not from someone else. The elegant simplicity of his responses speak much more to me now than they did several years ago. The Happiness Equation: Want Nothing + Do Anything = Have Everything
Author: Neil Pasricha
Recommended by: Corinne Hyzny

This book is an easy read that can change how you think about life – your time, career, relationships, family, and of course, your happiness. The Happiness Equation gave me a new way to define happiness that I’ve woven into every aspect of my life, including my personal and professional relationships, along with my relationship to work and success. We all have a different definition of what peace and fulfillment mean. Yet, when you apply the paradigm shift of wanting nothing and working for everything you believe in that is presented in the book, you’ll create your own version of peace and find fulfillment along your professional journey. Start with Why: How Great Leaders Inspire Everyone to Take Action
Author: Simon Sinek
Recommended by: Mark McDaniel

“People don’t buy what you do; they buy why you do it.” Based on his powerful TED talk, Start with Why is Simon Sinek’s model and movement for inspirational leadership. Through his foundational question of ‘why’ Sinek probes deep into the success of some people and organizations that does beyond their profitability. Rather, he examines why their influence, innovation, loyalty and more lead some to be more successful than others. He provides a framework that allows leader across industries to emulate the practices of successful leaders like the Wright Brothers, Martin Luther King and Steve Jobs who shared no more commonalities except that their ideas, movements and products were seeped in the ‘why’. This book has enabled me to identify my ‘why’ and align my personal and professional goals with that purpose. Leadership on the Line – Staying Alive Through the Dangers of Change
Authors: Ronald Heifetz & Marty Linsky
Recommended by: Jim Peffley

The book has practical and insightful advice for leaders, particularly those who are working to bring about change in an organization. Leading change in an organization is difficult. I’ve had the fortune of working with some great leaders, who modeled the patterns outlined in this book. Leaders are not born, they are created. Some people have natural inclinations that can help them be good leaders, but I believe anyone can be a leader if they maintain a focus on personal growth, they have a good roadmap for achieving that growth and have good mentors or advisors. In a sense, leadership is an improvisational art. You may have an overarching vision, clear, orienting values, and even a strategic plan, but what you actually do from moment to moment cannot be scripted. To be effective, you must navigate within your organization, and much of the navigation involves working with others to achieve change. Leading change involves taking personal risk. This book will help you navigate as a leader, and it will help you manage the risks.